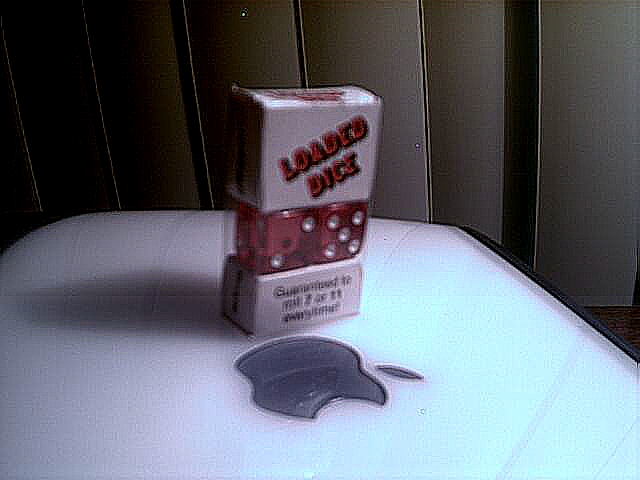 My first online experiences began in the late 1980’s – a close friend had a modem, and I was captivated. After a week of watching him navigate the nascent online world over his shoulder, I had to have access; fortunately, I had been tearing computers apart for several years already and wasn’t the least bit intimidated – I was a natural born hacker, as far as I was concerned.

I borrowed a modem for a few weeks until I could secure my first – a 2400 baud beast that had nearly the footprint of my computer, rough metal edges, and cast off a lot of heat. And boy was it slowwwww… the better-equipped and -funded adults would soon be buying 9600 baud modems, but they were insanely expensive and still somewhat flakey. After a few short hours I was completely hooked, and promptly began running up the phone bill; but I’ll get to that.

When I started out I was faced with a dilemma at the very first login prompt – I needed a handle, right now. I was staring at the new account screen on an early WWIV BBS and it wanted my handle – not my real name… so, for about two weeks I was MacRog. Yeah, figure it out.

That name really grated on me – even then I could see it was dorky, and I started testing different names for a few weeks… and then one night, like a revelation, my new name was born, completely out of the blue: I was Loaded Dice. It was edgy and mature and was suggestive of illicitness, risk taking, etc; I was quite smitten with gambling at the time – cards and dice, even the humble dreydl; it had that hacker ring to it; and it lent itself well to ANSI art depictions. For a pre-teen geek with authority issues, it was perfect.

Being a young, mischievous male, I was naturally drawn more to the underground BBS scene than to the public, legit social boards, and I had the wherewithal to work a few connections to get me in. In short time I was on some of the darkest BBSes in Southern California, and eventually around the country. NymphoZit (“The Nymphotic Zitron”) was among my earliest and most favored homes online, and I still have friends that I met there. Soon I had two phone lines – my very own, and at nights my mom’s line – and worked my way up to multiple, bonded 14.4 modems where supported; I had accounts and friendships and a rep on all the hottest boards, and I had several hundred MB of storage capacity; in short, I was all set to run my own BBS.

Soon enough, I launched The Pendulum, named for the novel Foucalt’s Pendulum – heady reading for a kid who hadn’t yet finished his Bar Mitzvah. The Pendulum began on my Mac 128k (with 1MB upgrade), and eventually ran on the BBS software Hermes on a Mac IIci with an 80MB internal disk and a SyQuest drive with 6 x 44MB cartridges, I had two inbound lines and kept pace with every modem improvement in the forthcoming years. I got a pager so that my users could message me with codes that told me they needed data on a different SyQuest cartridge, or to ask for the sysop’s almighty hand to intervene in a dispute. Anyone who was active in that era will know this much is no exaggeration: I heard the screeching handshake tones so often, day and night, I could tell you exactly what line speed, error correction and compression protocol were agreed on by those soothing sounds. Given two area codes, I could easily estimate the long-distance charges of calls between them, and given a 3 digit prefix in just about any area code in California, I could just as easily tell you whether it was a local (free) call, or if not what the ZUN charges would be. I built red boxes, blue boxes, and other devices to let me put the Bell telephone network to cheaper – or free – use for my modest needs, learning the basics of analog and digital electronics that kept me fascinated for years, and served me well into my troubled-teen era, when agents (FBI? FCC?) showed up at my favorite coffee shop, Midnight Espresso, to ask about who might have been abusing the pay phone I was often parked at 6 hours a day. But that’s jumping way ahead…

The Pendulum was, oddly enough, the place of my maturing – the average user (I was the sysop, they were my users) was in his late 30’s, easily 2 or 3 times my own age, yet I was respected and supported. I had a bunch of crusty, eccentric older friends who were eager to hang out (no, it was never creepy); I got rides anywhere I wanted; I learned to drink beer, drove a Mustang at 13, and even started a brawl at a pizza parlor when we ran across an in-person gathering of a lame, social BBS. I’ll never forget getting in the face of Loki, a massive Pacific Islander and self-appointed protector of his group, over some forgotten rivalry, only to have my Pendulum compatriots stand up behind me and proceed to break up the place on my behalf. I didn’t get a single punch in, but running for the cars to lead our escape before the Los Alamitos police arrived was exhilarating. As a 5′ tall, cherubic 13 year old, it was surreal.

Through the BBS I met two of the people who left the biggest impact on me in that phase of my development – Jason and Erica, who just happened to live together a few blocks away. They were in their 20’s, used hallucinogenics, listened to cool music, were open and honest about sex, and were highly functioning, loving, productive members of society. Jason introduced me to the creative side of computing – he gave me my earliest lessons on Photoshop, Kai’s PowerTools, and later many other cool things. I was just over half their age, but it never seemed to come up.

The end of the BBS era was devastating for many people – the Internet creeped up slowly, and many of us were living in both worlds – I scored an unapproved SLIP account at Cal. State University Long Beach, and eventually managed to get an official account via the computing department through some loophole or another. For a few years, some of the larger BBS’es attempted to transition – first by offering SLIP/PPP dialup with UUCP and Usenet, and eventually Gopher and then WWW access. Some instead attempted to bridge the BBS world with the Internet, allowing Telnet access to the same software they had been running their serial modem BBSes on. Somehow, it was just never the same – the interconnectness of the network began to dilute some of what defined the BBS scene, and they almost entirely faded out within a few years.

I found a series of substitutes on the Internet (but not on the WWW) – The Palace, FirstClass, and eventually Hotline and KDX. Hotline was the closest thing to the BBS scene I’ve ever found on the Internet, and to this day have many close friends I met on various Hotline servers – most importantly, Dr Dave’s, The Purple Feature, and Red Dragon’s Lair, though there were at least a dozen others that were connected in the same circles. But even then, Hotline gave way eventually, we all got older, the Internet changed everything and most of us were happy to adapt.

Most of the boards I was involved with were underground, in one fashion or another… usually, it was trading in illicit software, but there was other stuff going on. Illigitimate though it may have been, this is where I cut my teeth in my career – I learned to program, how to run online communities – especially how to moderate an always-fuming-below-the-surface group. I went years without buying any software, during which time I learned the in-and-outs of tools that would become the foundation of my vocation. The THINK line of IDEs and compilers (esp. THINK C and THINK Pascal), and later CodeWarrior were priced way out of my reach, but I had access. Photoshop – oh boy, did this one change my life. Filemaker, my love for many years. The deep insides of the Mac OS and DOS, and an early competence with Unix for many years before I ever saw my first Unix-based computer in person. I read thousands of e-texts, and made a decent living (funding my BBS) by printing, binding, and selling gems like the Anarchist’s Cookbook at school.

During the decline of the BBS era I was still just a teenager, in many ways typical. I spent half my hours as a sysop, king of my little universe; the other half were increasingly about hanging out with my offline friends, mostly a few years older, being as bad as I wanted to be. I also met my first serious girlfriend, Shana, which certainly cushioned the blow of the end of the BBS era. One of our friends – maybe that’s the wrong word, but certainly one of our circle – was a budding tattoo artist. He got his first apprenticeship in Sunset Beach, and had a ready and willing group of a few dozen idiots like me to use as practice canvas – the deal was simple: on certain days, he’d do free work on a certain number of people who showed up at his shop, on a first-come-first-served basis. I was eager to be practice flesh, and it took all of two minutes of looking through a book at the shop before I spied the incredible drawing of two dice, showing a lucky seven, with flames coming out the top. Even better, each die had the same number of dots on all sides – loaded dice (well, not exactly, but certainly cheating dice). It was a sign. This was made for me.

The first time I got work done on it, I had such an endorphin rush I turned green and then passed out, slamming my head on a sink, moments later waking up to friends (again, maybe the wrong word) standing over me, dying with laughter. I promptly turned red. The work itself sucked – no way around it, it was blurry, the flames didn’t remotely look like flames, but it was a tattoo, and far more meaningful to me than what my comrades-in-ink were getting. At that point in my life, the name Loaded Dice was as common to me as my birth name.

I had two more rounds of work done – some color added, some cleanup, etc. – but I gave up ever expecting the photorealism I had envisioned. It didn’t really matter – it was, and still is, a badge of honor, and reminds me of the most formative years of my life. I have designs floating around for more work – to wrap that piece, rather than fix it, in a similarly meaningful montage of later years. When someone new sees it, there’s often some face-scrunching, deep-thinking look that appears all over them – I almost never tell the whole story, especially not if they preempt it with friendly questions like “why do you have bull testicles tattooed on your arm” or similar. But I’ve never been ashamed, and certainly not regretful, of it or the backstory itself.

It’s been years now since I’ve used the name Loaded Dice anywhere new except in one place – my StarCraft II avatar, which I think is appropriate (it has that call-sign vibe to it, and I frequently get compliments from kids who get it). My old friend Paul still sometimes calls me by one of the many variations I answered to during those early years – LD, Dice, or Diceman.